for
musical and
audiovisual
experiments,
past, present
and future

After travelling during my years in publishing and for my own research for the operas, I am drawn to an idea mentioned by my grandfather, Robert Le Ricolais:
‘The great changes of terrain for us consist no longer in going far away…but rather in going far in terms of depth.’ (1)

Here are two recent music/films, based on my transcription of J.S. Bach’s Prelude and Fugue XXII from the first volume of his amazing collection The Well-Tempered Clavier. This transcription was first performed in Ely Cathedral (a wonderful acoustic for this work) by a territorial army wind band.

​'Question yourself on what you think
is simple  and what is simple.
A table is a simple structure, yes....
but if you analyse it you have to
master hyperbolic functions....' (2) 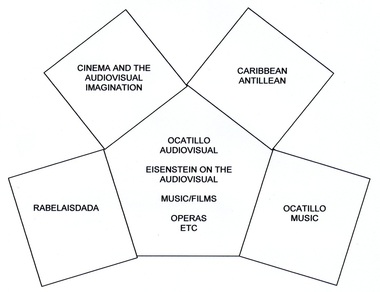